South Australian growers have had enough of the political game playing happening over their livelihoods in State Parliament.

This is the message from Grain Producers SA CEO Caroline Rhodes, in advance of a disallowance motion to be moved by Greens MLC Mark Parnell in the Upper House today. If the vote is successful growers on mainland SA will be prevented access to genetically modified under regulations that came into force on 1 January.

“Growers on mainland South Australia just want to see the GM ban lifted so they can have the freedom of choice to access the crops which best suit their farming systems,” she said.

“Whether that happens through regulations or legislation is ultimately up to the Parliament to decide, but South Australian growers just want access to the same world-leading genetics as farmers interstate.

“GPSA has welcomed the move by Minister for Primary Industries and Regional Development Tim Whetstone to introduce a new Government Bill, in line with last year’s proposed legislation to restrict the moratorium to Kangaroo Island.

“This follows extensive public consultation and is in line with the findings of the Independent Review and recommendations of the experts of the GM Advisory Committee.

“Grain producers were bitterly disappointed that SA-BEST attempted to introduce unworkable amendments to the Government’s Bill last year, and it seems the same approach will be taken through a Private Members Bill set to be introduced by SA-BEST MLC Frank Pangallo this week.”

Ms Rhodes said it was time to take politics out of agronomy.

“The industry has proven stewardship programs to manage the orderly introduction of GM crops into South Australia, and does not need further intervention by North Terrace,” she said.

“I appeal to SA-BEST to recognise the professionalism of our state’s grain producers and stop trying to solve problems in the growing of GM crops which do not exist. Let them get on with the job of producing food and contributing export earnings for the benefit of the state.

“GPSA has consistently argued the moratorium offers little in the way of trade and marketing benefits to the majority of agricultural producers in SA and removes the option of using GM tools which have been independently proven to be safe and effective.”

“As the ongoing economic cost to the industry continues to increase, the constant bickering over process and introducing unworkable legislation must stop,” she said.

“Instead of trying to attract investment in new research in gene technology, SA imposes red tape in conducting GM field trials and removes any prospect of commercial adoption.”

“GPSA is continuing to work with all sides of politics to see a workable solution achieved in adopting GM technology, which provides certainty for the industry and restores a level playing field in the regulation of GM crops relative to our interstate counterparts,” she said.

“While it may feel like groundhog day in this protracted debate, growers can be assured that GPSA will continue to put a strong case forward that reform in this area is long-overdue.” 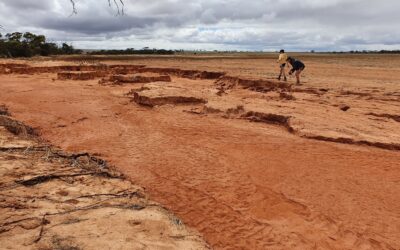